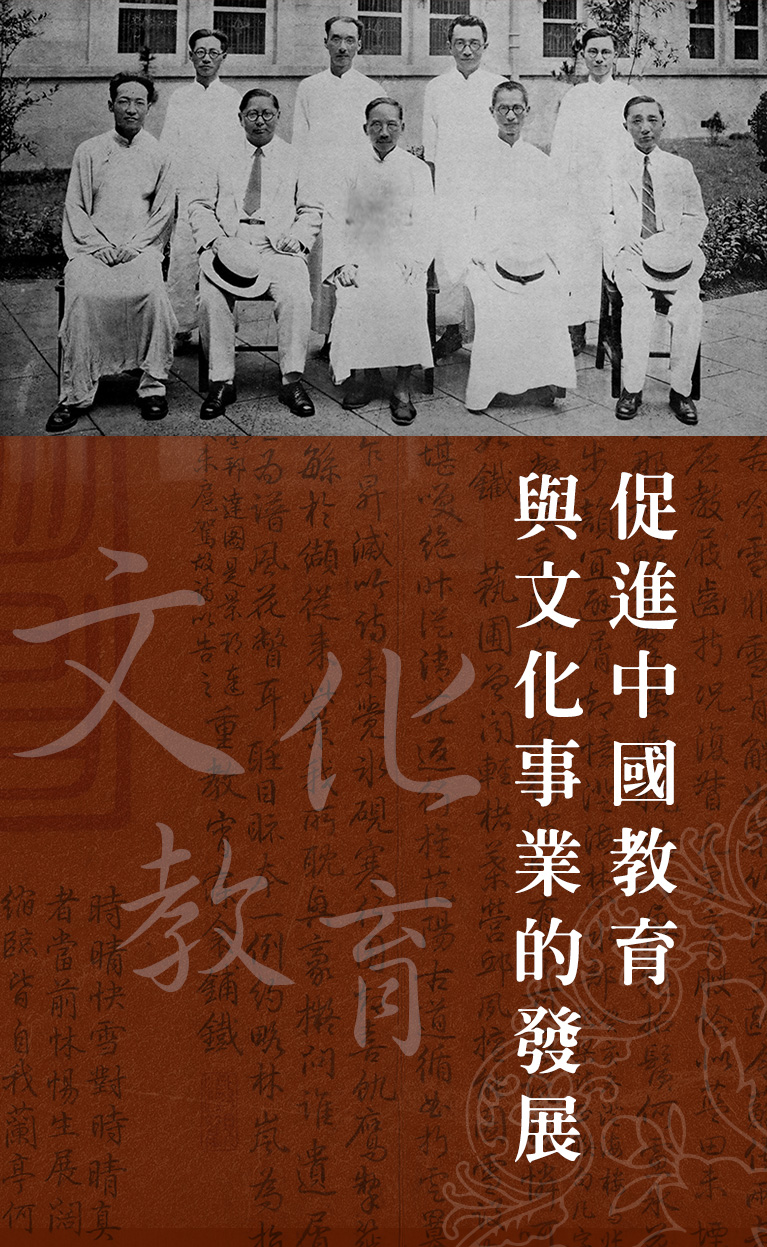 The China Foundation for the Promotion of Education and Culture (henceforth referred to as “the Foundation”) was established in 1924 to have custody and control of the second remission of Boxers Rebellion reparations paid to the United States by China, and to apply these funds for the promotion of Chinese education and culture.In the beginning, the Foundation’s emphasis was on the development and dissemination of scientific education and knowledge in China. Gradually, the Foundation also expanded its work to include cultivating the humanities and social sciences.

The Foundation is governed by the Board of Trustees, that consist of eleven Chinese and four Americans. The board meetings are held semi-annually, in May and in October or November. To save expenses, the May meeting is only attended by Chinese trustees, while the fall meeting is attended by all trustees. The fall meeting is considered more important, as major decisions such as election of new trustees are usually decided at that time.